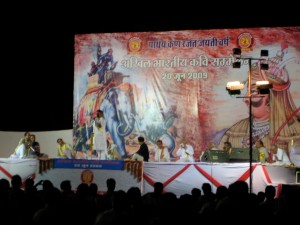 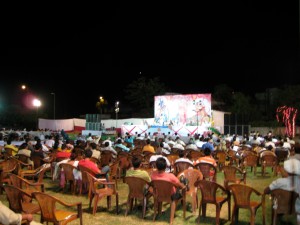 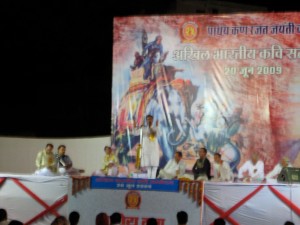 This is a poetry recital that took place in front of our house in a large field called Dashera Ground. The poetry was really difficult to understand but through the deductions by my room mate, Sean, and I, we understood at least a little. One poet kept Saying “America” and “Pakistan,” and how proud they were as countries. He went on to say something like, “They are always so proud, and because of that they don’t listen. India, on the other hand, always listens.” The crowd then clapped and cheered. Another poet kept saying “Taliban,” but I didn’t understand much of what he said besides that. I was able to record a small audio sample of one of the poets on audacity, but unfortunately, the quality is not so good.

We talked to two teenage boys who sat next to us for a little bit also, but all they wanted to know was where we were from and if we played cricket. The poetry was beautiful to listen to, they went in and out of narrative, prose, and song in a seamless rendering. The event went from 9pm to 1am. 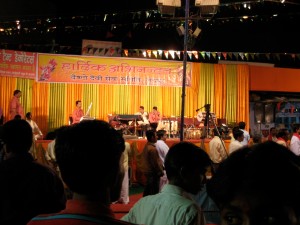 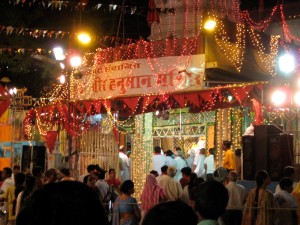 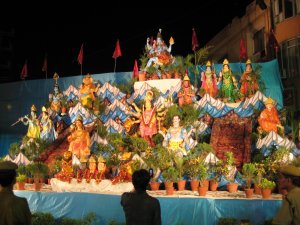 This past Saturday I had the chance to see devotional music and festivities near my house in Jaipur. The temple, devoted to lord Hanumaun, is in the middle of a traffic circle, which for this event, was transformed and blocked off allowing for 200 or so people to congregate and take part in the ceremonies, music, and speeches. I am not sure which holy day this was, but I do know that it wasn’t celebrated all over the city like other holy days are. Inside the temple there were priests reciting slokas (vedic hymns), and afterwards there was a band playing bhajans (Hindu devotional music). The music was good, but the dholak (a folk drum) was so loud that nothing else could be heard! We only stayed for 20 minutes and then met some friends for hookah and tea…

This is a great blog I just found: http://tablamontreal.blogspot.com/ There is not much out here like this, so I commend him for being so dedicated. Keep it up Shawn, Thanks!!! 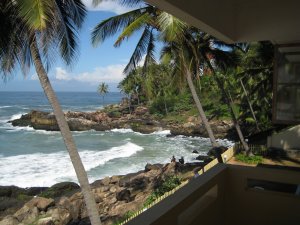 Our view from the hotel room in Kerala. And by the way, there is surf in Inida! good, heavy, and uncrowded surf too… My dreams are becoming reality. 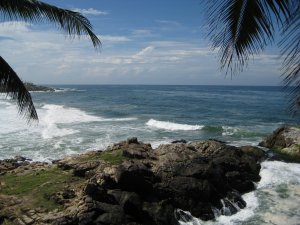 The view from the other side of our hotel room. 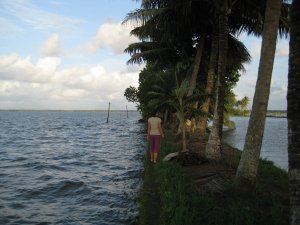 This is where our house boat parked for the night (still in Kerala). 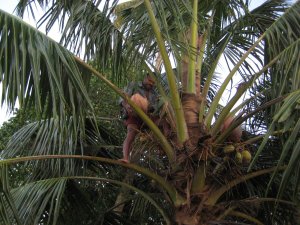 We asked our cook if he knew where to get any local liquor, so he took us to this guy who went up a tree and made us some toddy (coconut alcohol). 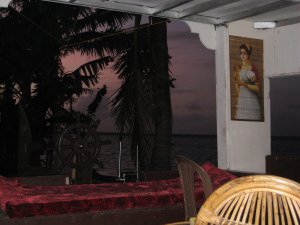 Sunset on our houseboat. 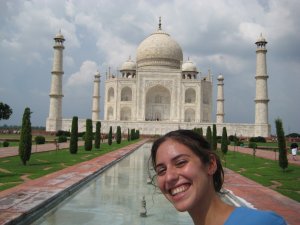 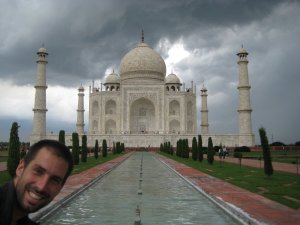 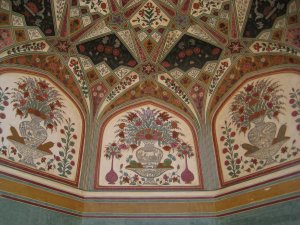 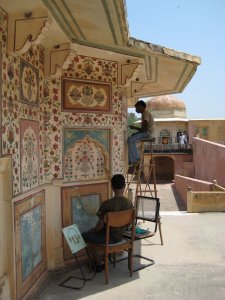 Restoration in progress at Amer fort in Jaipur… The intricate paintings are all done with “natural colors,” but I really don’t know what that means. 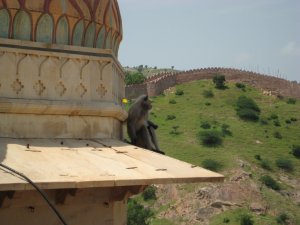 A monkey relaxing on the roof. 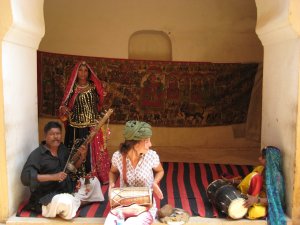 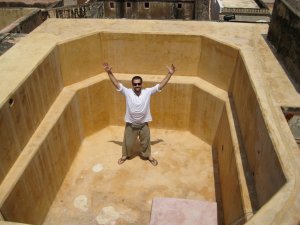 This was once a spa for the Rajput kings and queens.

An elephant, the streets, the entrance to the “pink city” and chai (all photos by Ajay Verghese)